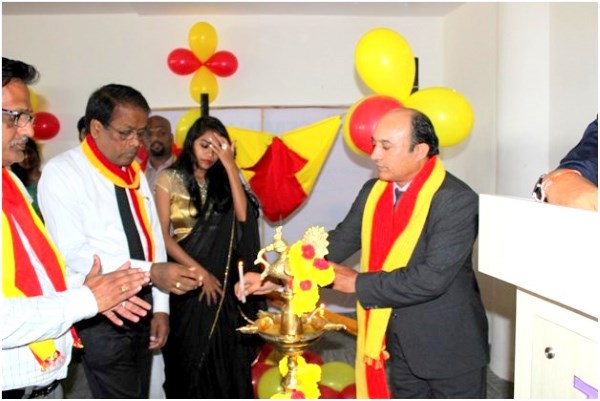 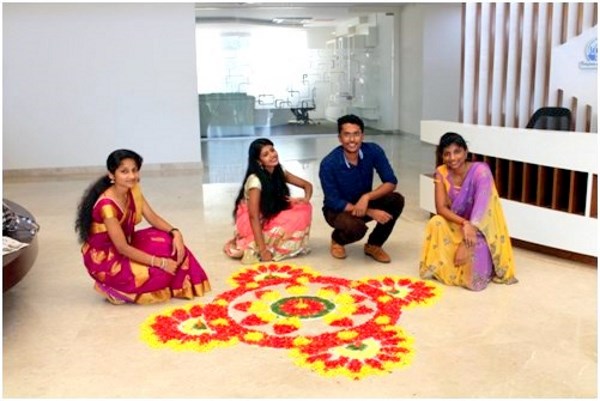 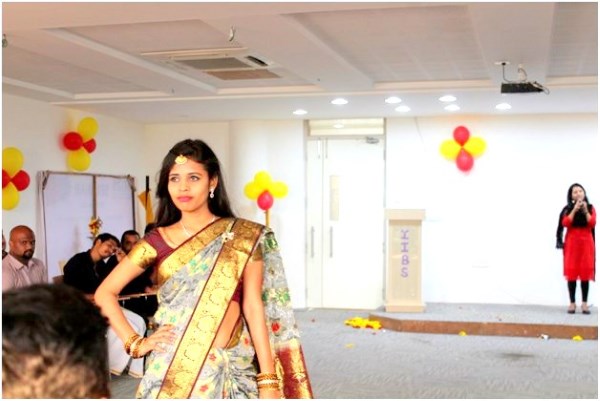 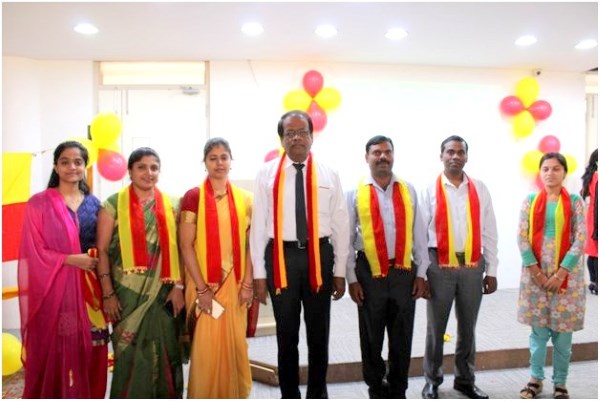 62nd Kannada Rajyothsava is celebrated on 16th November 2017 at IIBS Campus as a tribute to the formation of Karnataka state. The program is coordinated by Prof. Samiya Mubeen. The event is hosted by the students, where students came in the traditional attire representing the culture.

The event conducted at the IIBS campus is presided by Prof. Kuldeep Sharma, Dean and Prof. H. Prabhakar as Head of the department. The event started with the lightening of lamp by Dignitaries and Ganesha Vandana by Students.  Later the Prof. H. Prabhakar addressed the gathering and explain the formation of Karnataka state, its culture, diversity, and so.

The all  IIBS family members joined and participated in a gracious occasion to be successful. Many students came forward to share the History, origin, culture, ethnicity. Later the students had given the speech about Kannada Rajyothsava and importance of Kannada Rajyothsava.

The video is presented by Mr. Dinesh with the coordination of Mr. Prithvi PGDM students on Karnataka, its culture, nature and so.

India is a country of different states and culture. IIBS consists of students from different part of the country. In tribute to entire Indian culture, an ethnic day is celebrated on 16 November 2017.

In addition to ethnic day as a token of gratitude to welcome new members to IIBS family Fresher’s day is also conducted. The entire event is coordinated by senior students with the help of Prof. Samiya Mubeen, Prof. Rubina, and all staff members.

The following events are conducted during the ethnic day as a recreational part of the day.

The best performers awarded in each of the events. Successfully and happily conducted the event with help of all the members of IIBS Campus.