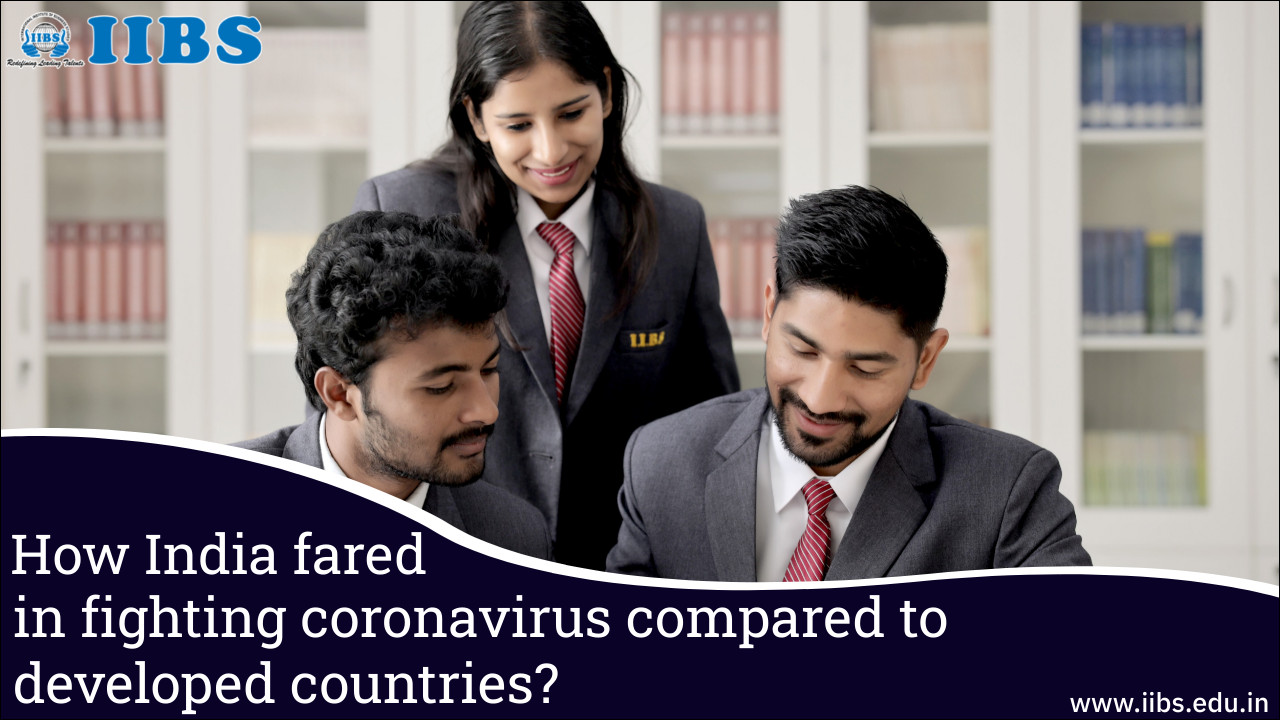 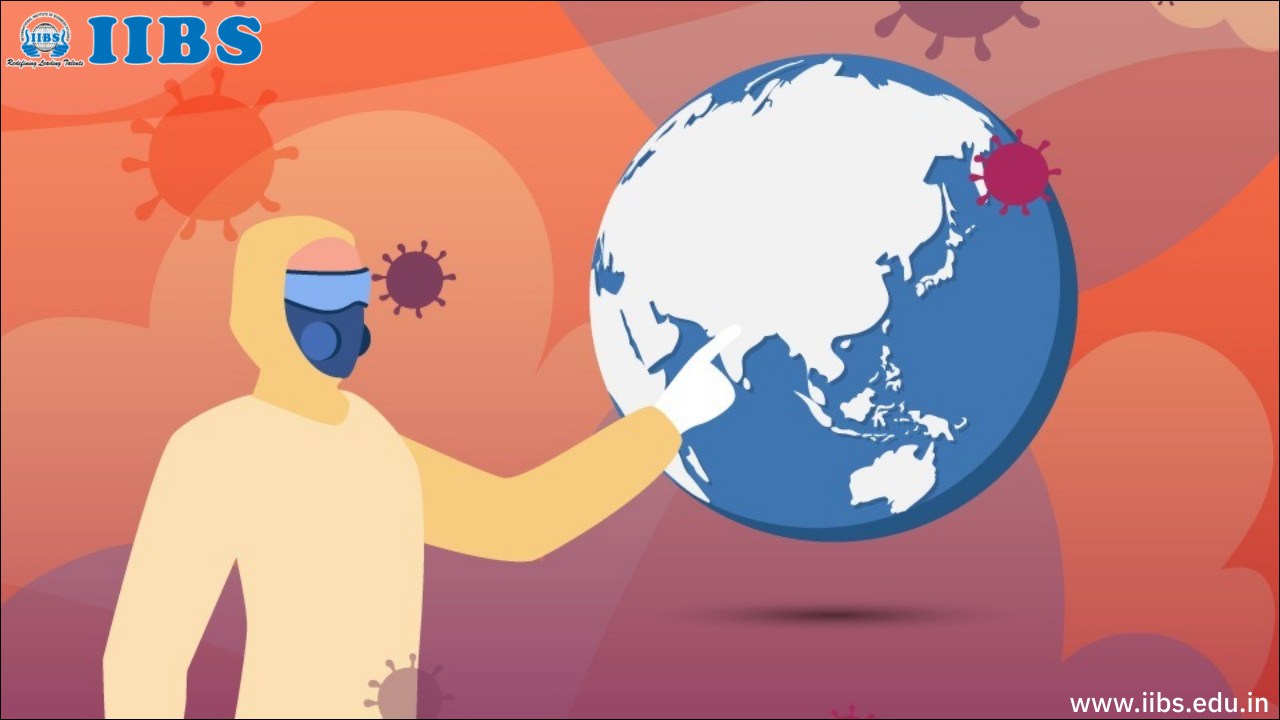 The world has been suffering under the horrendous effects of COVID-19 both in terms of loss of human lives and numerous tangible as well as financial losses. There has been some contrast in the magnitude of its impact in various parts of the world. The most peculiar one is the impact of COVID-19 in India as compared to other developed nations. Having the second largest population along with poor health infrastructural facilities, India has fairly performed well in its initial fight against COVID-19 as compared to the far developed and equipped countries.

We all witnessed the most unprecedented changes in the sphere of health. Understanding the emerging trends worldwide and acknowledging the sweeping changes would be akin to searching for a needle in the haystack. However, there are scientific voices of caution and reasoning which acknowledge the path-breaking changes and trends that are emerging. As we look to wrap up the scripted history of the Coronavirus pandemic. Top MBA college in Bangalore

Respecting all the limitations of a diverse, complex nation, India has done reasonably well, even when compared to some high-income countries. In the beginning, India had hardly any facilities. These were rapidly developed as the response to the pandemic was ramped up what needs to be appreciated is the speed with which we acted to fill in the gaps. It is inevitable that some states have done well, and some could’ve done better, but we should consider this as a learning experience to be better prepared for any future pandemics that may come our way.

Outside health policy, India’s weak economic response is a big problem. The Atmanirbhar Bharat (“Self-reliant India”) stimulus package announced in May is not small at $110 billion; this is equivalent to 10 percent of India’s GDP. But it comprises mostly monetary interventions to provide liquidity with a longer-term outlook to boost the economy. In terms of funding responses and relief measures targeted at the poor and vulnerable, the $23 billion Pradhan Mantri Garib Kalyan Yojana relief package falls short as it mostly reallocates funding across existing budgets or allows people to make advance withdrawals on their social benefits rather than mobilizing additional funding. India needs to do more to help the families of low-wage workers displaced from their jobs by the lockdown and the weakening economy.

In terms of health security pandemic preparedness and capacity, India is ranked 57th out of 195 countries. Its score of 46.5 was above the global average of 40.2, but much lower than Asian middle-income peers such as Indonesia and Thailand which had scores of 56.6 and 73.2, respectively. India scores high on communications with health care workers during a public health emergency, trade and travel restrictions, laboratory systems, immunization, and socioeconomic resilience.  But it does less well in zoonotic disease prevention, emergency preparedness and response planning, capacity of health facilities, health care access, and medical countermeasures and personnel deployment. Best MBA college in Bangalore

The full scale of policy responses needed to combat COVID-19 is still unclear because the outbreak has not yet reached its peak. In the longer term, what is required are investments in health infrastructure, ensuring continuity of regular health services, and improving health emergency preparedness. India will have to cautiously adjust spending, attract industrial investments to spur growth, and address rising unemployment.

Governmental and scientific collaboration has been excellent in India, especially for the development of new testing systems. In India as well as internationally the scientific community has embraced collaboration. This collaboration between international and national institutes was coupled with immense governmental support, which meant that India has been able to produce many Medical combinations. It is only a matter of time before we start scaling up test production even further. When it comes to equity, this scale-up will eventually lead to a fall in prices which should contribute to the equitable access to COVID-19 testing. As we move forward, all these dynamic changes need to reflect in our testing strategy, so we ensure that the efforts are channelized towards the best-suited outcomes.

But many experts are talking about the lack of accurate data regarding COVID-19 management in India…..

How was this possible?

India was among the quickest to react at the government and institutional levels. When China notified the world about the virus on January 7, 2020, India had a mission meeting on the very next day. India started screening passengers on January 17, among the first countries in the world to do so. The first case in India was detected on January 30 and aggressive containment and screening measures were instituted then and there.

On the other end of the spectrum, India was among the first to introduce Rapid Antigen Tests along with RT-PCR tests. India was criticized initially for this strategy but later the WHO itself adopted this model.

But our medical system is inherently complex, which has meant that data collection and sharing have been difficult between states. Other countries with large populations have also suffered from data gathering, but India with its digital prowess could have made a better effort toward data collection and sharing. Even if the data shows that the management of COVID-19 could have been better, we shouldn’t shy away from our faults. It is true that there will be criticism.

First to Lockdown, First to Unlock

India went into lockdown early, but also unlocked the economy much earlier than other countries. The impact of this could be seen in most economic indicators seeing an uptick.

For example, Manufacturing Purchasing Managers’ Index (PMI) rose from 56.8 in September to 58.9 in October, registering the highest figure in over a decade. PMI Services index also rose to 54.1 in October, ending the seven-month sequence of contraction and signaling improved market conditions. Power consumption clocked double-digit growth of 12.1 percent in October and 4.5 percent in the first 24 days of November, reflecting a post-recovery rebound and even in growth economic activity across all spheres of agriculture, industry, and services.

Despite all kinds of national Covid strategies, it is crystal clear that only a vaccine could change the course of the global pandemic. Recent developments in the possible manufacture of the much anticipated and needed vaccine have raised hopes of world governments for the restoration of some kind of ‘normalcy’ as the world knew it before.

As the world’s largest supplier of drugs and producer of 60 percent of the world’s vaccines, India is at the center of global efforts to produce a Covid vaccine.

In all parameters of COVID-19, India is faring better than many developed countries. The continuously rising recovery rate and progressively falling case fatality rate have proven the success of the COVID-19 containment strategy followed by all states and Union Territories. This is a result of the combined efforts of all organizations and citizens of the country.