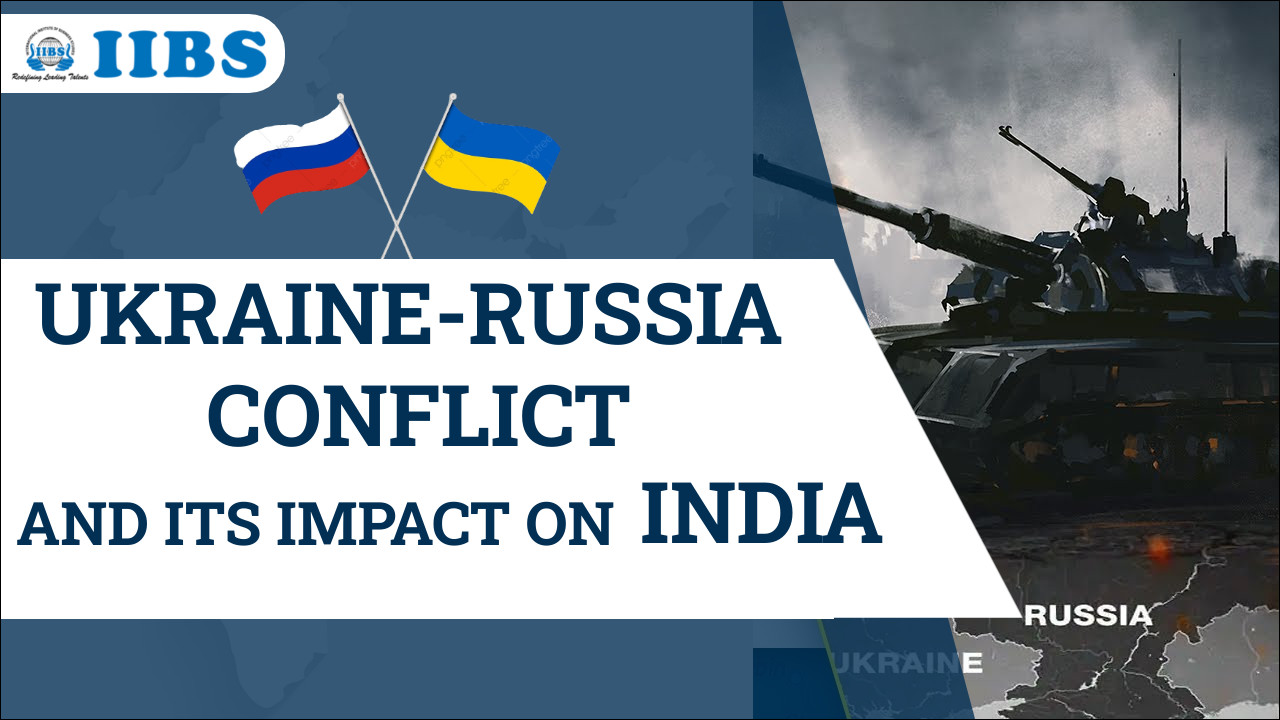 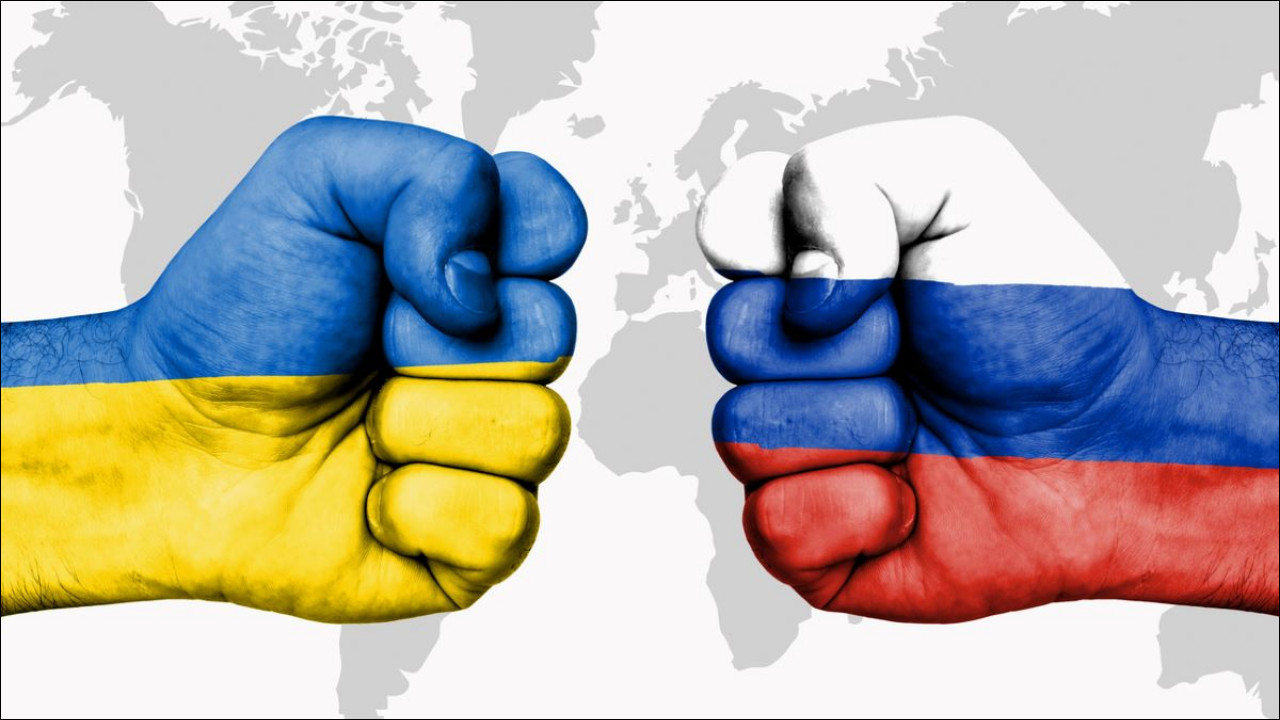 The war between Russia and Ukraine marked its 100th day on Friday as Moscow’s forces are consolidating their hold over the Donbas region while the Ukrainians are more determined than ever, with no clear conclusion in sight. The struggle is raging largely over the east of Ukraine, which has already lost 20 per cent of its land to Russia in the war. Things, especially food and commodities, were expensive due to supply disruptions. The International Monetary Fund (IMF) has pointed out before that both Russia and Ukraine are significant commodity producers, and interruptions there have resulted in increasing world prices, especially for oil and natural gas. Food prices have also risen. The IMF added that the entire global economy would feel the effects of weaker growth and faster inflation.

Indian agricultural sector with any opportunities

As indicated previously, the war has seriously damaged the ability of Russia and Ukraine to export wheat, and this absence has offered an opportunity for India. Major wheat-buying countries, including Egypt, Israel, Oman, Nigeria, and South Africa, which have traditionally relied on Russian or Ukrainian wheat imports, have recently approached India for wheat supply. While India accounts for 14 per cent of the global wheat production, on par with Russia and Ukraine combined, its share in the world market is only 3 cents, since most of India’s wheat is used for domestic purposes. Given that Indian wheat reserves are three times the statutory limit of 7.6 million tonnes, New Delhi can easily afford to cover the gap created by Kyiv and Moscow. Best MBA courses in Bangalore

Ukraine and Russia are amongst the leading chip exporters internationally. According to a report by Moody Analytics, whereas Russia supplies the semiconductor industry with critical metals such as palladium, Ukraine delivers unique gases such as neon and helium, which are necessary for chip fabrication. As the ongoing war between Russia and Ukraine worsens, the semiconductor industry is set to take a major brunt, with chip-dependent sectors such as the automobile and the IT sectors getting hit heavily. Even before the crisis, the world was facing a semiconductor shortage. According to the study, given the ongoing Russian-Ukraine situation, the prices for neon gas have soared 10 times, which would likely impair the manufacturing of autos in the Asia-Pacific area. The vehicle sector faced the brunt of decreasing supplies of components induced by the protracted war. The semiconductor chip shortage, supply-chain crisis, and conflict all assisted in establishing a long waiting list for the cars in demand.

Russia is the third-largest exporter of crude oil in the world. With the Russian invasion of Ukraine, crude oil prices jumped to a seven-year high of $110 per barrel. On Wednesday, the Brent crude oil standard was trading at $110.23 per barrel. Several sectors are crude-oil dependent. These include paint makers, oil makers, and fertiliser companies. India imports 85 per cent of its crude oil needs. The Economic Survey 2022 forecasts India’s Gross Domestic Product (GDP) growth rate at 8.0 to 8.5 per cent in 2022–23, which rests on crude oil prices being in the range of $70-$75 a barrel. With crude oil surpassing the $100 per barrel mark, it will have a detrimental influence on several sectors. It is also detrimental to the entire economy as it would increase the government’s import bills. Moreover, with increasing crude oil prices in the international market, the fuel costs will also experience a jump, thus giving a further push to inflation.

Only 1 per cent of India’s crude oil imports came from Russia in the past five years. In 2022, despite heavy sanctions, Russia’s crude oil shipments have been higher than in 2021. While the European countries have continued to get their oil from Russia at levels reported in 2021, exports were considerably greater to non-EU and non-G7 countries such as India. In just the past four months, India has imported from Russia more than half the value of crude oil it did in the prior five years put together. Top Ranked MBA college in Bangalore

Up to 85 per cent of India's crude oil demand is fulfilled by imports. International oil prices have increased to a 14-year high, resulting in broader pricing pressures. According to economists, the impact on India's economy will be visible primarily through increased cost-push inflation, which will harm all economic agents—households, corporations, and the government. According to sources, every 10% increase in crude oil prices results in a 0.4 percentage point increase in consumer inflation.

India's frequent abstentions from UN votes since the invasion of Ukraine are claimed to be driven by the country's wish to secure its supply of defence equipment, the majority of which comes from Russia [13]. According to data from the Stockholm International Peace Research Institute, India accounted for around 25 per cent of Russia's total armament imports between 2016 and 2020. This explains why defence spending accounts for a large chunk of India's annual budget. India committed $70.2 billion for military spending in its union budget for 2022-23, adding over 10 per cent from the previous fiscal's planned amount. The delivery of the $5 billion S-400 air missile system, developed by Russia, is one of the most critical defence contracts in doubt. According to a report published by the Congressional Research Service in October 2021, the Indian military cannot operate properly without Russian-supplied equipment. The Russian T-72M1 and T-90S combat tanks make up the majority of the Indian Army's main battle tank force, accounting for 66 per cent and 30 per cent of all units, respectively [14]. Despite the US threat of sanctions over the S-400 procurement looming over India, India will continue to rely on Russian weaponry systems in the medium run.

India's long-term fate in the middle of the continuing scenario in international waters is rather unknown, considering the disastrous short-term implications that began to appear within hours of the Russian military conquering Ukraine. Despite the fact that the countries are thousands of miles away in terms of distance, they are close in terms of geopolitics and economy, with both battling armies. India's dependency and relationship with Russia are not veiled in any field, despite the fact that it is one of the largest exporters and a centre for its students in the occupied nation. The future of critical defence ties and agreements can be jeopardised if even the tiniest imbalance emerges. Sanctions against Russia can entail delays in transactions and the closure of prospective future deals, exposing India's vulnerability in the face of Chinese capabilities. The war between the West and Russia makes it much more difficult for India to adopt a clear stance.