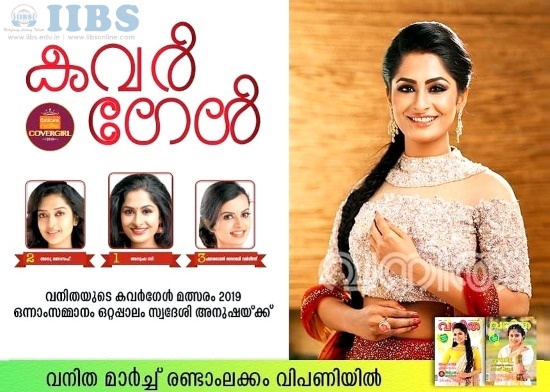 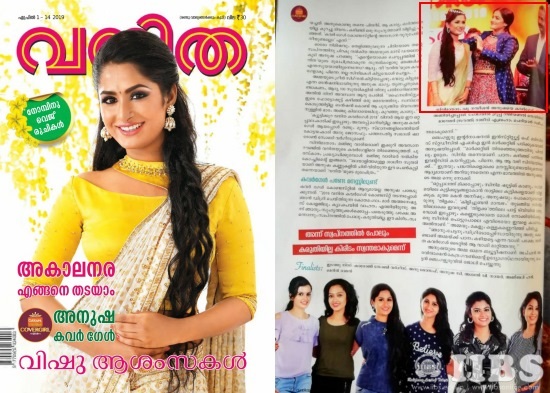 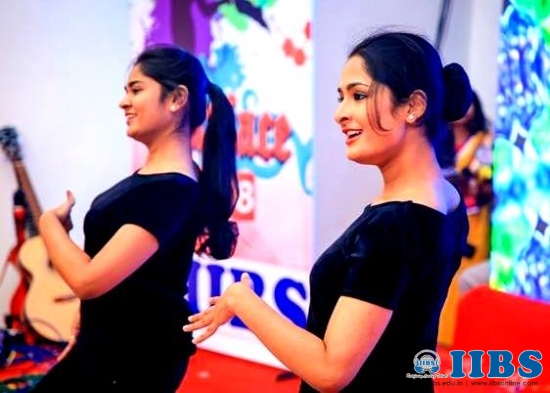 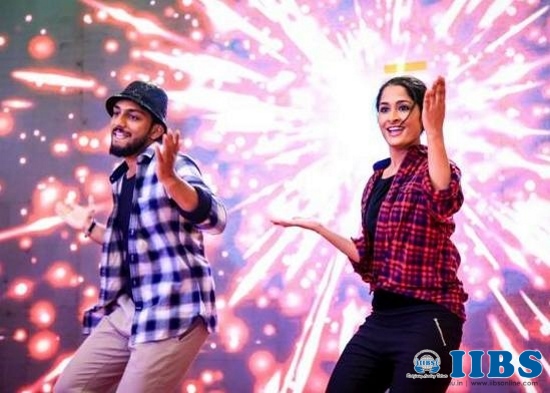 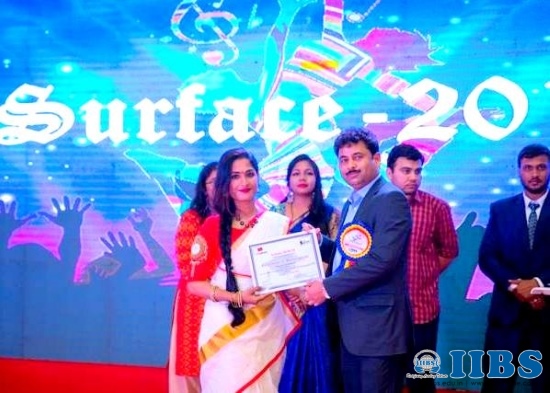 Vanitha is a famous magazine of Kerala and once in every year, a contest is conducted for the being the CoverGirl of the magazine. And we are glad to inform all that this year Ms.Anusha, MBA batch 2018-20 at IIBS Bangalore Campus has been selected as Vanitha Cover Girl 2019.

From more than 10,000 applications, 100 girls were shortlisted in the first round of selections. Later the top 16 were shortlisted through public voting and jury opinions. From these 16 girls, 6 were finalised for the photoshoot round of selection. The respected jury then selected the winner for the contest, and we are happy to inform that our student Ms.Anusha was crowned as Vanitha Cover Girl 2019 in Vanitha Film Fare Awards conducted at Cochin of Kerala in front of all the prominent artists of the film industry. She was also awarded Cash Prize of Rs.25,000.

We congratulate her on behalf of IIBS and wish her all the best for her future.